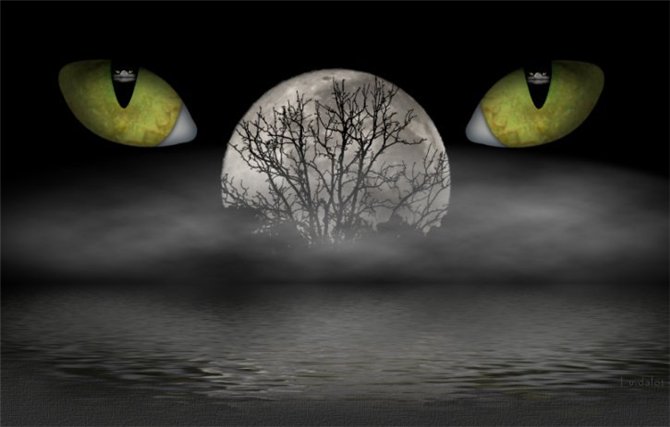 ...No
Francis Bacon "The New Organon"

Alchemy is an occult and mystical science, rooted in the X-XI century.
According to one of the etymological decipherings, "alchemy" comes from Chymeia - pouring, insisting, - pointing to the ancient practice of oriental physicians-pharmacists. according to another opinion, the root of Khem or Khame means black earth and Black land,. Ancient Egypt ("Ta Kemet").
The study of the subsoil: in Latin, humus - earth - the third version of the etymology of the word.
The ancient Greek dictionary arsenal causes the following phonetic associations: hymos - juice, hyma - casting, flow, river, himevsis - mixing.
Ancient Chinese kim - gold - points to the Far Eastern origin, and the prefix "al" - to Arabic.
Alexandrian philosopher Zosima believed that "alchemy" comes from biblical Ham.

The practical side of alchemy is the development of recipes for the manufacture of noble metals of noble, mainly gold from lead.
The philosophical meaning is to create a "chemical model of the cosmic process".
The ethical aspect of alchemy implies a complex path of spiritual improvement of man. Historically, alchemy was a lifestyle, a mode of communication, the so-called "elite subculture".

alchemical language is characterized by extreme symbolism. The recipe for a philosophical stone, set out by the English alchemist George Ripley in the Book of the Twelve Gates, read: "To prepare the elixir of the wise, or the philosopher's stone.
"Take, my son, philosophical mercury and heat up until it turns into a green lion.
After that, it's stronger, and it turns into a red lion. Dig this red lion on a sandy bath with sour grape alcohol, evaporate the liquid, and the mercury will turn into a gum-like substance that can be cut with a knife. Put it in a clay-covered retort and slowly distil. collect separately liquids of a different nature, which will appear in this case. You will get tasteless phlegm, alcohol and red drops. Cimmerian shadows will cover the retort with their dark veil, and you will find inside it a true dragon, because it devours its tail. take this black dragon, rub it on a stone and touch it with hot coal. He will catch fire and, after taking a gorgeous lemon color, will again reproduce the green lion. Do it so that he devoured his tail, and again distil the product. finally, my son, carefully stripped, and you will see the appearance of combustible water and human blood ... "

As alchemical treatises, many world-famous works of literature are deciphered - a number of fairy tales, the Biblical Song of Songs, Shakespeare's Hamlet,
the work of Alexander Pushkin,
Edgar Alan Poe,
Alexandre Dumas-father and many others. The most famous among the alchemical treatises was the "Chemical wedding of Christian Rosencreutzer."

By the definition of the philosopher R.bacon, "alchemy is the science of how to prepare a certain composition, or elixir, which, if added to unfermented metals, will turn them into perfect metals ...
alchemy is an immutable science working on bodies with the help of theory and experience and striving by natural connections to transform the lower of them into higher and more precious modifications ... "

The English thinker did not limit the function of alchemy to the production of gold from lead, but he considered alchemy a science of nature in general.
The quintessence of which is knowledge about transmutation.
Albert the Great brought alchemy closer to the art of healing: "Alchemy is an art invented by alchemists.Its name is derived from the Greek archymo. With the help of alchemy, the metals included in the minerals damaged by spoilage are reborn ... "Alchemy was defined as an esoteric part of natural philosophy, the purpose of which is to bring the imperfect raw material to perfection.

Andrei Libavius, on the contrary, saw the task of alchemy in the extraction of pure substance, describing it as "the art of extracting perfect magisters and pure essences from mixed bodies."

Already in the Middle Ages, many scientists criticized the alchemical experiments as hopeless. one of them was Avicenna:

"The alchemists assert that they seem to be able to carry out genuine transformations of substances ... I consider this impossible, because there are no ways to convert one metal into another."

"Dark" classified alchemical tracts George Agricolla. dante placed two alchemists in the tenth ditch of the eighth circle of "Hell." According to him, alchemy is nothing more than fraud. In S. Brant, the alchemists are venerable inhabitants of the country of Gluplandia. Among modern researchers, the viewpoints of alchemy vary as delusion, pre-chemistry and super-chemistry.

alchemy was based on the doctrine of primary matter (it was symbolized by mercury) as the focus of all properties ("cosmic sympathy"). The theory of the general nature of substances served as the justification of the belief in transmutation - the transformation of metals.
Alchemy operates within the symbolism of the five primary elements (earth, fire, water, air, ether) in combination with three qualitative principles (sulfur - male, constant beginning;
Mercury is a feminine, volatile beginning; salt - mediator - medium).
The highest stage of the alchemical path is to obtain a philosophical stone - a symbol of spiritual substance.

The socio-political projection of the theory of transmutation of non-noble metal (lead) into noble metal (gold) promoted the development of democratic ideology in Europe.

The alchemical process involved 12 operations, each of which had its own symbolic expression:
1) calcination - roasting (Aries);
2) coagulation - solidification of liquid substances (Taurus);
3) fixation - the conversion of volatile substances into nonvolatile (Gemini);
4) dissolution - reception of the separation of substances (Cancer);
5) cooking - the effect of slow fire (Leo);
6) distillation - purification of liquid matter from contaminants, usually in the bath of Mary of Judea (Virgo);
7) sublimation - sublimation of dry matter in a closed vessel when exposed to an acute flame (Libra);

sekaratsiya - separation of suspensions from liquids, filtration, decantation (Scorpio);
9) softening - turning of a solid substance into a waxy substance (Sagittarius); 10) fermentation - a slow decomposition of sacred air, what is the sacred meaning, the spiritualization of the whole process (Capricorn);
11) multiplication - an increase in the weighed portion of the philosophical stone (Aquarius);
12) throwing - the contact of the philosophical stone with transmuted metals (Pisces).

There were two ways in the alchemical tradition:
1) moist, or female - built on the attraction of acids, a long, costly;
2) dry, or male - based on attracting fire, which is less expensive, but more dangerous.